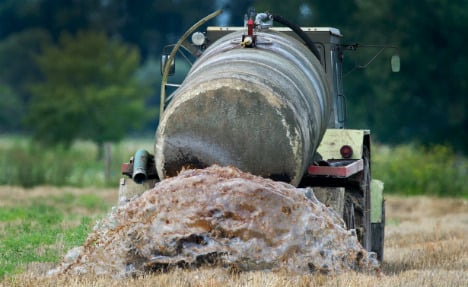 Broadcaster WDR reports that the Commission filed the suit last week after announcing that it intended to take action back in April.

According to the suit, Germany should have tightened its controls on the use of nitrate in agriculture back in 2012. Data collected by the federal government at the time showed that German regulations were allowing too high a concentrate of nitrate to enter its water systems.

But a lack of intervention in the intervening period has led to a further deterioration of the situation, the suit claims, according to WDR.

EU regulations make it explicit that a country that can be shown to have illegal levels of nitrate in its water must tighten its controls on use of the chemical.

If Germany loses the case it faces paying a hefty fine, the size of which is dependent on how long the member state has been defying the EU rule in question and how capable the state is of affording such a fine.

The Bundesrepublik could end up paying a six-figure sum on a daily basis.

A significant cause of the high levels of nitrate in German water is lax regulation on the use of slurry and chemical fertilizers in farming.

Nitrate is vital for the growth of plants. But too high levels of it in lakes and the sea leads to the growth of algae, which can suffocate other aquatic life.