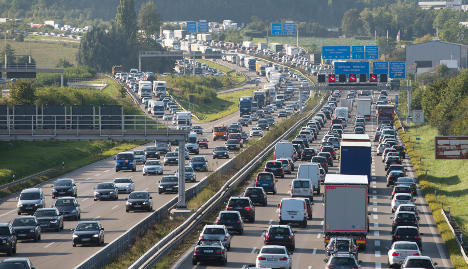 The European Commission announced on Thursday that talks between the two sides had made “very large progress” and German Transport Minister Alexander Dobrindt said there would soon be an agreement which would bring changes to the current toll plan.

“We are moving towards an understanding and I am very confident that we will have an agreement with the EU Commission in November,” Dobrindt said in a statement posted by his ministry’s Twitter account on Friday.

The Commission in September had announced it was bringing Germany to the EU Court of Justice over the “discriminatory” road toll.
The toll, passed by the German parliament (Bundestag) last year, would charge both foreign and domestic drivers on German roadways up to €130 per year, but only German residents would get a rebate on their motor vehicle taxes in exchange.

The Commission had argued that this therefore unfairly discriminates against foreign drivers, including those from EU member states, therefore violating EU law.

According to DPA sources within the EU, the agreement would mean that the German toll would have to be altered, including a less expensive, short-term pass for commuters and tourists from EU countries. The rebate would also be based on emissions with drivers of environmentally friendly cars getting more of a tax relief, according to DPA.

In exchange for making changes to the law, the EU Commission would drop the court case.