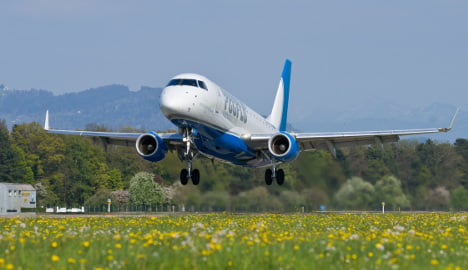 The Austrian People’s Air Group started up its new flight connection from St. Gallen-Altenrhein, Switzerland to Friedrichshafen over Lake Constance at 6:30am on Wednesday.

Travelling just 20 kilometres, the journey is over in what may feel like a blink of an eye, or eight minutes to be exact. The airline will travel the route each way twice a day. A one-way ticket between the two stops costs €40.
Alternatively, travelers could also drive the roughly 63 kilometres between the two airports by car around Lake Constance, which would take an hour. Or they could sit through a two-hour lakeside train ride.
The stop in Friedrichshafen is meant to be a layover for passengers going to or from Cologne-Bonn airport.
But as quaint as an eight-minute flight may sound, it has also faced controversy for the disproportionate amount of fuel it needs to consume for such a short trip, as well as for the noise generated during take-off and landing.
Previously, the world’s shortest international flight was a ten minute journey between the Austrian capital Vienna and the Slovakian capital Bratislava, launched by the low-cost Austrian airline FlyNiki. It’s primarily used by travelers who have connecting flights from Vienna.