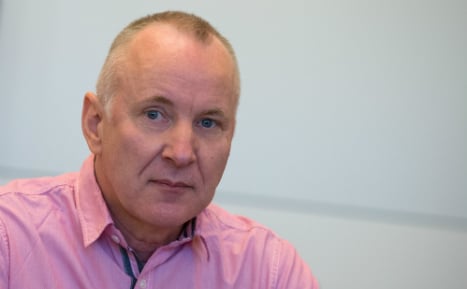 Detlev Günzel, 58, was last year sentenced to eight years and six months in jail by a regional court in the eastern city of Dresden, which found him guilty of killing Polish-born Wojciech Stempniewicz in 2013.

Günzel had cut the body into small pieces in a slaughter chamber he built in his cellar, before burying them in his garden, the court found. There was no evidence that he ate any part of his victim.

But the Federal Court of Justice overturned the verdict, arguing that the regional court had failed to sufficiently probe whether the victim had actually killed himself through strangulation – as the accused had claimed.

It also disputed the sentence imposed by the Dresden court as too lenient for a murder conviction, and ordered a retrial.

The Dresden court had taken into account the death wish of the victim and imposed a sentence that is just above half of the maximum 15 years for murder.

The victim's wish “did not open the possibility to reduce the penalty”, said the appeal court.

Günzel's retrial in Dresden starts Tuesday and a verdict is expected in January at the earliest.

'S&M slaughter studio’
Günzel, a three-decade veteran of the police force, had met Stempniewicz in October 2013 on a website for slaughter and cannibalism fantasies billed as the “#1 site for exotic meat” and boasting more than 3,000 registered members.

His defence team argued that Stempniewicz had hanged himself in Günzel's custom-designed “S&M studio” before Günzel took a knife, then an electric saw, to the gagged-and-bound man.

Soon after the death, Günzel admitted to detectives that he killed the victim by cutting his throat. But he later retracted his confession.

Investigators had testified in the first trial that they could not definitively determine the cause of death due to the state of the corpse.

Günzel and Stempniewicz had had extensive contact online and by telephone before finally arranging the fatal date on November 4, 2013.

Their emails bore the title “Schlachtfest”, the German word for a country feast after the slaughter of a pig. Günzel called himself “Caligula 31”, Stempniewicz logged on as “Heszla-Longpig”.

A 50-minute video Günzel made was played during the trial and showed him at one point covered in blood as he mutilated the corpse, muttering, “I never thought I would sink so low.”

The presiding judge at the Dresden court had said that the expression of faint regret seen in the video made it unlikely Günzel would repeat such an act.

She said this differed from the infamous case of German cannibal Armin Meiwes, who admitted to killing, mutilating and eating the flesh of a lover in 2001 after meeting him on the Internet via an advertisement looking for a “slaughter victim”.

He was sentenced to life imprisonment in 2006.