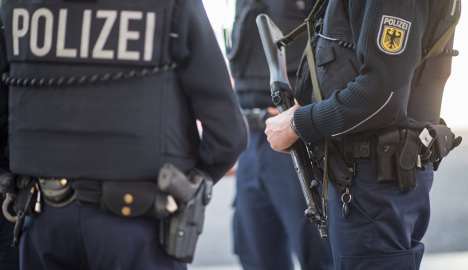 Earlier this month, a Reichsbürger and former martial arts instructor opened fire on police when they came to seize his weapons, lethally wounding one of the officers. Reichsbürger do not recognize the Federal Republic of Germany as a legitimate state, and tend to believe the true borders of Germany are those that existed prior to the Second World War.

After the deadly shooting, police departments admitted that there have been cases of Reichsbürger affiliates within their own ranks. Currently 15 officers across Germany are facing disciplinary procedures for their suspected links to the group, according to figures collected by the Süddeutsche Zeitung (SZ) from state interior ministries.
The SZ noted that this number is higher than in previous years, observing that the increase could be due to an overall increase in right-wing extremism across the country, or because police departments are looking more closely at their officers.
The largest number of the cases were in the state of Bavaria, where the shooting took place in the town of Georgensgmünd. Six suspected Reichsbürger were found among officers in the southern state. The second largest number of cases were found in the eastern state of Saxony-Anhalt with four officers found there, three of whom have already been suspended from service.
Within the federal police (police responsible for national transport networks and borders), there are currently two officers under suspicion.
Reichsbürger assert that the German Reich, or even Prussia, still exists, with some groups establishing their own “government”. German intelligence considers a number of Reichsbürger to be part of the right-wing extremist scene as well and has been monitoring them.
DPA news agency found that there are at least 1,100 Reichsbürger throughout Germany, according to figures compiled by state interior ministries and security agencies.
Because Reichsbürger do not recognize the laws of the German state, they often come into conflict with authorities for refusing to pay taxes or forging their own forms of identification.

The number of police officers under suspicion for their extremist views has increased, according to the SZ, not only for those who are members of the Reichsbürger scene, but also for officers linked to right-wing extremism. In total, the SZ found 40 cases of officers under suspicion for either their Reichsbürger or right-wing extremist ideas – which is more than twice as many as three years ago.

Police departments have also investigated officers for posting hate speech on Facebook: six officers in Bavaria faced disciplinary actions for their social media comments.
Reichsbürger  are ‘arming themselves with legal weapons’
The recent police officer’s death – which was mourned on Saturday in a ceremony attended by more than 1,000 officers – raised concerns about the danger posed by the Reichsbürger movement.

Bavaria's interior minister Joachim Herrmann called for a “thorough review” of such groups in the state, and German Interior Minister Thomas de Maizière told the Rheinische Post that there would be a re-evaluation of the movement in the eyes of the government.

North Rhine-Westphalia’s interior minister Ralf Jäger warned last week that Reichsbürger are arming themselves with weapons they can acquire legally, according to the Rheinische Post. The shooter in Georgensgmünd, for example, had a hunting license and weapons possession permit and was able to obtain 31 firearms before authorities decided to declare his permits invalid.

And while Herrmann has called for a general weapons ban against known Reichsbürger, Saxony Anhalt's interior minister Holger Stahlknecht said each individual case must be reviewed, explaining that the government should not simply punish people for their views.