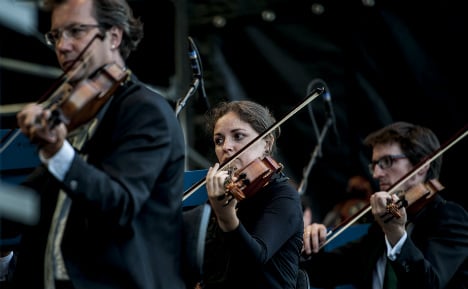 Berlin and Ankara have rowed intensely this year over the sensitive historical question, badly bruising relations between the NATO partners at a time the EU is relying on Turkey's help to contain massive refugee flows.

The Dresden Symphony Orchestra had sent out invitations for its performance of “Aghet”, about the Ottoman Empire's World War I-era massacre of Armenians, saying it aimed to “heal the wounds of the Turkish and Armenian past”.

Armenians have long labelled the 1915-17 killings that left some 1.5 million of their people dead as genocide, while Turkey argues it was a collective tragedy in which equal numbers of Turks and Armenians died.

But a German foreign ministry source said in a short statement Tuesday that “the facilities in the consulate are not available on November 13th”.

“The invitations to the event were issued without the foreign ministry's involvement.”

Relations long strained over disputes on civil rights questions in Turkey took a dive after the German parliament in a June resolution declared the Armenia massacre a genocide.

Turkey for months blocked German parliamentarians from visiting German troops at a NATO base in southern Turkey, until Merkel's government publicly clarified that the vote was non-binding.

As Europe's top destination for refugees last year, Germany has relied on an EU-Turkey agreement designed to stop the massive influx of people fleeing war and poverty.

Another major row was sparked by German TV comic Jan Böhmermann who in a so-called “Defamatory Poem” satirically accused the Turkish president of bestiality and paedophilia, sparking a criminal complaint by Erdogan.