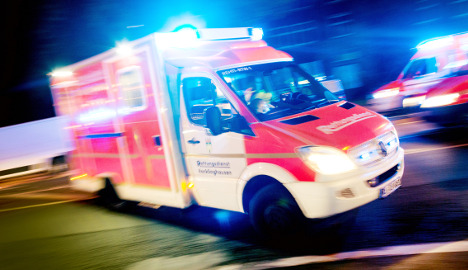 Firefighters were called to the hotel late on Sunday night  due to a fire on the first floor, Nordbayern,de reported.

A toilet inside the hotel had somehow suddenly burst into flames. The cause remains unclear.

Firefighters had to rescue two people from the hotel using the ladder on their fire engine, and a third person using a regular ladder.

In total, four people had to be treated at a hospital for smoke inhalation. Thirty-nine emergency workers were deployed to the hotel, which housed 14 guests..

Earlier this month outside Nuremberg, police were surprised by a report of an exploding toilet: a highly intoxicated man had thrown a firecracker into the loo.