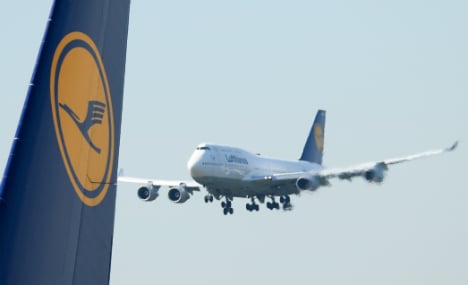 The plane was carrying 345 passengers and 18 crew members to Orlando, when the pilot made the call to break off the journey after smoke had been spotted in the cockpit.

He then landed the Boeing 747 at Gander airport in Newfoundland, Canada.

Passengers and crew breathed through oxygen masks as the plane landed, and according to Die Welt, fire services awaited them on the runway.

What caused the smoke in the cockpit was not initially clear.

“The cockpit crew decided to divert their route to Newfoundland and landed here,” a spokesperson for Lufthansa said, adding that passengers' lives were at no point in danger.

The plane set off at 1.40pm on Tuesday from Frankfurt Airport. It was scheduled to touch down in Orlando at 11.40pm German time. But instead it hit the tarmac in Canada at 9.20pm.

A replacement aircraft will be sent to Newfoundland to take passengers on to Orlando. The grounded jet will be put through testing before it is allowed to travel further.

In an unrelated incident in September a Lufthansa jet collided with a vulture as it approached Palma airport in Mallorca, Spain, the Daily Mail reported.

The plane, which had set off from Munich, was able to land safely. The return flight was cancelled after the collision left a huge dent in the nose of the aircraft.