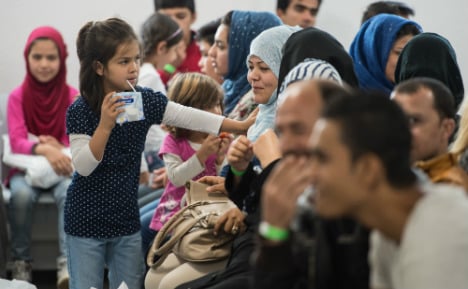 Since the government toughened its stance towards refugees earlier in the year, increasing numbers of refugees have been receiving a qualified form of asylum known as “subsidiary protection” from the Federal Office for Migration and Refugees (BAMF).

In the first eight months of this year, more than 17,000 refugees have taken BAMF to administrative courts over this decision, with 6,000 cases passing through the courts in August alone, the SZ notes.

The vast majority (15,000) of the plaintiffs have been Syrians, who make up the largest group of asylum seekers in Germany by nationality.

And their chances of winning the case against BAMF has so far proved high, with the administrative courts ruling that they deserve full protection under the Geneva convention on refugees in over 90 percent of cases.

Although those with subsidiary protection are safe from deportation, they still face considerable disadvantages in comparison with those who have full refugee status. Most notably, due to a law passed in February, they need to wait two years before their families are allowed to join them.

Since March, the number of Syrians offered only subsidiary protection by BAMF has risen sharply.

Between autumn 2014 and March 2016, BAMF considered Syrians collectively in speedy processes, offering them protection en masse. But since the middle of March, Syrians must once again apply for asylum on an individual basis – with around 60 percent only receiving subsidiary protection. In 2014, before collective cases were introduced, around two-thirds of Syrians were granted full refugee protection.

Die Linke MP Ulla Jelpke described the BAMF’s attitude as “an intentional strategy of disenfranchisement and deterrence which sacrifices humanity.”

But the Interior Ministry has rejected the accusation that it has put pressure on BAMF not to offer full protection to Syrian refugees, telling the SZ that many do not fulfill the criteria of facing possible persecution in their own country needed to receive full refugee status under the UN's refugee convention.