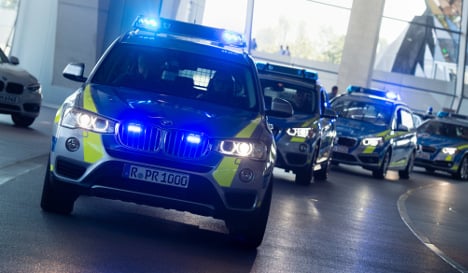 Oktoberfest is over, so it would seem that people in Munich are scraping around for other opportunities to party – and getting pretty desperate by the sounds of it.

More than 100 police officers were deployed to break up a party in the Bavarian capital that authorities said got “out of control” on Saturday night.

An 18-year-old Munich teen had apparently sparked the festivities with a group WhatsApp message, but the party kept growing bigger and bigger.

There they found about 150 revelers in the inner courtyard of an apartment building as well as inside the building.

As the first police officers evacuated the courtyard, party guests began to climb on top of police cars. Two teens in particular started egging the crowd on and provoking officers.

These two were taken by police away from the crowd and temporarily detained.

Meanwhile, the rest of the revelers decided to congregate along a tram line, blocking the street car until the chaos could be subdued. A further street also had to be completely blocked off during the commotion.

Police reported on Monday that they were still determining how much damage had been caused by the party-goers climbing on their service vehicles, as well as by the graffiti found in the courtyard, presumably left by the merrymakers.

But despite all the mess, police didn’t seem to completely blame the original party organizer, and he himself came away without any fine or citation.

“It wasn’t really his fault,” a police spokesman said.