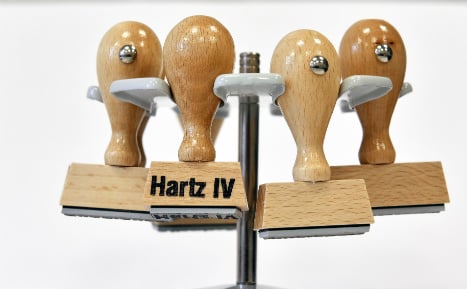 Why has this law been created?

In late 2015, the Federal Social Court ruled that working-age EU citizens had a right to the most basic form of social welfare – known as Hartz IV – after living in Germany for a period of six months.

This caused consternation among local governments, who have to pay social benefits out of their own budgets. Already under strain due to the pressures of the refugee crisis, they called on the federal government to change the law.

Labour Minister Andrea Nahles of the Social Democrats (SPD) drafted the new bill in response. She insists it will only affect a few people, but says she wants to close a loophole before the problem of 'welfare tourism' from poorer EU states grows.

“We are protecting local governments, who have to shoulder the burden of these payments, from financial overstretch,” she said.

The law must still be approved by the German parliament.

Will I be entitled to welfare payments when I first move to Germany?

No. The law aims to ensure that immigrants from other EU countries don't come to Germany simply to take advantage of the social welfare system. The German government argues that these people’s home countries are obliged to pay their social benefits.

“For those people who have never worked [in Germany] and are dependent on the state for their basic income, a basic principle applies: social provisions are to be provided in their country of origin,” said Nahles.

What happens if I lose my job?

The draft law applies mainly to those who have moved to Germany and have not yet been in employment. If you have worked in Germany, then you will receive social benefits if you become unemployed at a later date.

“Whoever lives and works here and pays into the system also has a right to payments out of the social welfare system,” said Nahles.

But, according to the draft law, if you have been in employment in Germany for less than a year, you will only have a right to Hartz IV for a six-month period, should you become unemployed.

Those who lose their jobs and have been employed for over a year will have the same rights as a German citizen. That means you will be able to receive Hartz IV, plus Unemployment Benefit 1, which is a percentage of your last salary paid over a 12-month period.

Is there any cash available when I first come to Germany?

Yes. The new law provides money for people who cannot afford living costs for a maximum four-week period. According to the government, this money will “cover the immediate need for food, housing, hygiene and medicine.”

At the end of this period, the state will provide a loan to the recipient to cover the costs of travel back to their country of origin.

How long do I have to wait before I have the same entitlements as Germans?

This isn’t likely to apply to too many people, but you will now have to live legally in Germany for five years without working before you have a right to the same basic provisions as German citizens.

In other words, the government has set the barrier so high, that only people with other family members in full-time employment are ever likely to fall under this category.

Is this in compliance with EU law?

The government points to a European Court of Justice decision to back up the new law. The 2015 ruling came to the conclusion that it was compatible with European law for Germany to exclude EU citizens from social welfare payments.

Indeed, despite the EU law on freedom of movement, EU citizens only have a right to stay in another country for a period of up to three months if they are not able to financially support themselves beyond this point.

Opponents however, complain that it is against the spirit of European integration.

Isn’t this what the UK wanted to do before it voted to leave the EU?

No. When ex-British Prime Minister David Cameron agreed upon new EU rules with his European counterparts in February, he wrestled an “emergency brake” from them.

Under this system EU immigrants could be denied benefits for up to four years, but crucially this would have applied to in-work benefits and rights to social housing. In-work benefits include social welfare payments to support low-income earners and tax credits.

The German draft law is clearly less controversial, as it applies to people who come to Germany and are not in employment. It can therefore more persuasively be argued as an attempt to prevent welfare tourism.