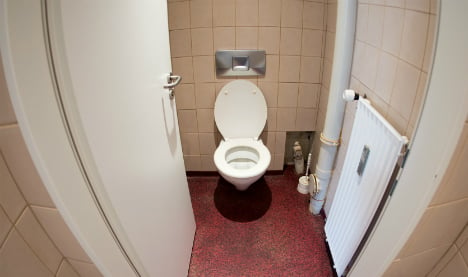 Amberg police were left shocked in the early hours of Sunday morning when they were called to a night club on the outskirts of the town.

A 26-year-old man, revealed as Felix T., threw a firecracker into a toilet in the club, blowing it to pieces, Nordbayern reports.

At around one o’clock on Sunday morning, the young reveller was taken over by his inner pyromaniac.

Rather than dancing away the night in the establishment on Regensburger Strasse, the man clearly decided that he wanted his night to go out with a bang.

The force of the blast completely demolished the lavatory bowl. “Fortunately, no one was injured,” the police continued. The damage costs, however, will be in the region of €500.

And the police’s surprise didn’t stop there – the alcohol test had another shock in store. The man's blood level clocked in at 5.24 permille, meaning a 0.524% blood alcohol content.

For most people, a reading of 3.5 permille is life-threatening, and very few survive more than 5 permille – let alone still have the capacity to light a firecracker.

Talking to Reporter24, Felix T. expressed his remorse: “I am very sorry that it got so out of hand. I will also settle the damage costs as soon as they have been confirmed.”