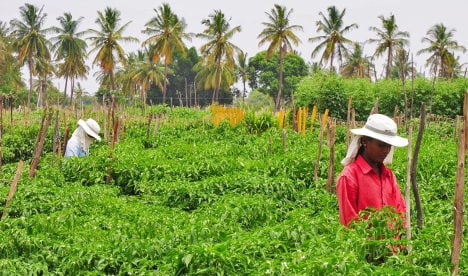 “Some people think it might be easier for us than for Monsanto, given the reputation we enjoy,” Baumann said, “but that's not our plan”.

“If politics and society in Europe don't want genetically modified seeds, then we accept that, even if we disagree on the substance,” he went on.

Aspirin-maker Bayer's planned €58.8 billion ($65.7 billion) takeover of the US firm is the biggest ever by a German company.

But it is also one of the most controversial, thanks to Monsanto's GM seeds designed for use alongside its pesticide glyphosate – which has itself made headlines this year over cancer fears.

Environmental groups, green politicians and some farmers vowed to block the “marriage made in hell” between the two companies after the deal was inked in September.

Baumann pointed to the Americas, where “when this was all new 20 years ago and we had no experience, there were justifiable reasons to be sceptical.

“Today things are different. There are no signs that this technology brings environmental risks or isn't safe,” he went on.

Baumann said he was confident that US and European regulators will approve the tie-up, which it launched in response to massive consolidation in the global agriculture and chemicals sector.

Beyond the controversies over GM food and glyphosate, Bayer faces close scrutiny over its own pesticides, accused by some of contributing to mass die-offs of bees, as well as Monsanto's longstanding poor public image, dating back to its production of the Agent Orange defoliant used by US forces in the Vietnam War.