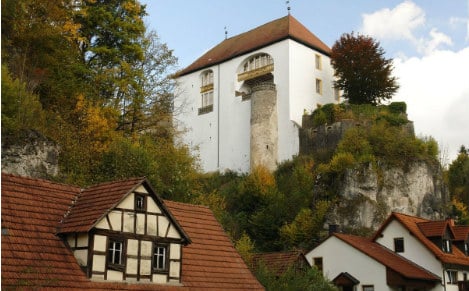 The usually sleepy village of Freienfels in northern Bavaria has become the centre of a national news story, after a man was discovered in his family home, having had no contact with the outside world, possibly since as far back as 1984.

Although the man, revealed as Markus D., was found on September 21st, the police have only just released the news, according to Focus Online.

The parents are now being investigated for bodily harm through neglect and unlawful detention. Their son’s condition has been described as “neglected” but not “malnourished”.

“We do not know for certain how long the man [lived] there without any contact with the outside world,” said police spokesman Jürgen Stadter. But police estimate the period could be as long as 30 years.

Stadter also conceded that police do not know whether confinement was forced, or whether “he would have had the possibility of leaving house.”

The man’s parents, Erwin (79) and Waltraud (76), insist that they did not imprison him. The mother described the police operation last month as an “assault” rather than a “liberation”.

In an interview with Reporter24, she said that her son had stopped leaving the house in the 1980s because he was being severely bullied at school.

“It was more than bullying,” she insisted. “I can’t even repeat the [things they said].”

In 1984, there was a police investigation into Markus’ absence from school.

It is thought that he may not have left the house since 1984, when he left the school, suggesting a period of isolation of 32 years.

“He wanted to be with us,” Waltraud continued. “We did everything, and he had everything.”

Most of the other villagers were aware of the man’s case. Although they had not seen him for many years, they heard rumours but were unwilling to report the case to police, the Nordbayerische Kourier reports.

It was a newcomer to the village who informed the authorities after hearing the rumours. He told the Nordbayerische Kurier: “Gradually an image developed in my mind. I asked myself: is this a Kampusch case? What do I have to do?”

Natascha Kampusch was an Austrian girl, who was abducted at the age of ten in 1998 and was imprisoned for eight years, until she managed to escape from her captor.