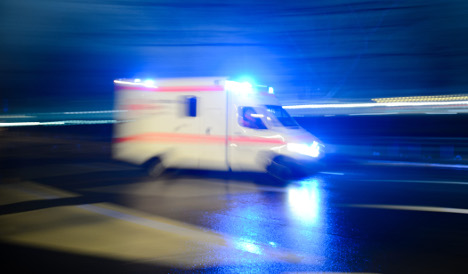 The 61-year-old mayor, Joachim Kebschull, was walking to his car parked outside the town hall to get his laptop at about 7pm on Thursday. While he was leaning into his car, someone approached him and then struck a blow to his head with either a club or a two-by-four, knocking him to the ground, according to police.

The attacker then fled the scene and the mayor lost consciousness.

He was taken to hospital and local police are now investigating the assault.

According to police, the mayor of the town of less than 900 people has received numerous threatening letters since July.

The threats are reportedly due to the mayor’s plans to allow refugees to move into a property in the town. The attack occurred immediately before a meeting of the town’s urban planning committee where the plans were to be discussed.

“Oersdorf is being talked about, and not in a good sense… There is a great effort to intimidate, seemingly because the committee wants to make a decision about housing for asylum seekers,” the association stated.

“If we could offer a new home in our village for a refugee family, we would gladly seize the opportunity, and in doing so could as a community provide people who had to flee their homeland with new prospects. And where would be a better place than in the heart of our village where people live so well with one another.”

On the same day as the attack against Kebschull, he and the town hall had received two threatening letters, one which stated “He who does not want to hear will have to feel” and “Oersdorf for the Oersdorfers”.

Due to the continued threats, six police officers have been stationed in front of the town hall, but the mayor had parked his car out of sight from the officers, which police said “the attacker took advantage of”.