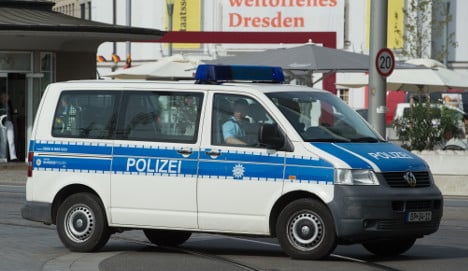 The eastern city of Dresden is hosting this year’s main celebration of Germany’s post- Cold War reunification. But recent attacks against a mosque and a congress centre in the city have forced officials to ramp up security.

The convention centre was set to be a venue for Monday's celebrations were was hot by a homemade bomb on Monday evening, as was the mosque, leading police to place guards outside three mosques, a prayer room and a meeting centre on Tuesday.

On Thursday, police found what turned out to be an fake bomb by a bridge in the city, resulting in officials sending more police to other bridges and structures around Dresden.

“We of course encourage everyone to look into things more intensely if there is something unusual – this also goes for civilians,” said a police spokeswoman.

The fake bomb was first discovered by employees of a private security firm on a pillar of the bridge. Police bomb specialists examined the bomb-like item – a plastic bag with wires protruding from several glasses – and found it to be non-functional.

Officials are still investigating whether it was linked to the bombs that were thrown at the mosque and convention centre on Monday, which damaged the mosque’s door but did not injure anyone.

Police said they assumed that Monday’s attacks had a “xenophobic motive” and that there also could be a connection the German Unity Day celebrations which Chancellor Angela Merkel and President Joachim Gauck are set to attend.

Spokesman from the Dresden Hotel Alliance Thomas Gaier said that there have been cancellations of reservations for the long weekend, likely due to the nationwide coverage of the bomb attacks. Though he could not provide the exact figure, he said it was “not as many as feared”.

The state of Saxony has been a particular hotspot for xenophobic incidents. The anti-Islam Pegida movement got its start in Dresden and has demonstrated there each Monday, generally against the number of refugees Germany has taken in from war-torn countries.

Both Pegida and left-wing groups have planned protests for the long weekend surrounding Unity Day.

In June, Gauck was threatened by a knife-wielding man with a swastika tattoo during a visit to a town outside of Dresden.

The federal government presented a report last week examining progress since reunification in 1990, which among other things noted that the rise of xenophobia in the former East could threaten the peace there.

Even police in Saxony have been called out for their “racism problem”.