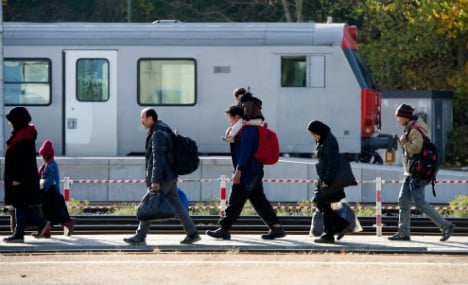 The Interior Ministry reported in January that 1.1 million people were counted through the country’s EASY-System through which newly arrived refugees are registered.
But at the time of this report, the ministry cautioned that the number could include duplicate entries and people who moved on to other EU countries.

Later in March, German media reported that the number of people who actually stayed to apply for asylum was closer to 600,000.

De Maizière had previously explained that the first number reported was probably too high due to multiple registrations and the inclusion of people who did not stay in Germany, such as people who went back to their homelands or left for other EU states.

“Through an enormous, unique/exceptional effort by those in charge in administrative roles and in politics, especially through the tremendous support of volunteers, we have by and large overcome this challenge well. But at the same time we all agree that the situation of last autumn should not be allowed to happen again.

“That's why we have adopted numerous measures – internationally, in Europe and in Germany – to clearly and sustainably reduce the number of asylum seekers coming to Germany, while meeting our humanitarian responsibilities,” the interior minister added.

The mass influx stopped after several Balkans transit countries shuttered their borders and the EU reached a deal with Turkey to stop the influx to the Greek islands in return for financial aid and eased visa conditions for its citizens.

Berlin has also declared some states in the western Balkans and North Africa “safe countries of origin”, making it harder for their citizens to obtain refugee status in Germany, and sought deals to speed up deportations of those refused asylum.

The interior minister noted that so far this year there has been a sharp drop in the number of people seeking safe haven in Germany. As of September 21st, around 210,000 have arrived.

De Maiziere added that the vastly reduced number for this year “shows that the measures we have taken are working”.