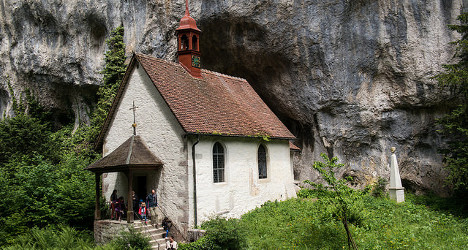 Michael Daum, 55, will start his new job on October 1st after being selected from among 22 candidates, Blick reported on Tuesday.

The divorced father of four will be required to lead a solitary life in the hermitage located in the peaceful Verena gorge just outside Solothurn.

In doing so he will continue a tradition dating back to 1442 and follow in the footsteps of St Verena, believed to have lived as a hermit in the area in the third century.

According to Blick, Daum is a former policeman who, since leaving the force, has studied Catholic theology and the meditation practices of monks.

Daum will act as caretaker for the hermitage and nearby St Martin’s Chapel, which is used for weddings and blessings. In return he can live in the hermitage rent-free and will collect 2,000 francs a month in salary.

Despite the solitary nature of his job title, Daum will be required to have some social skills.

In 2014 a previous occupant of the role resigned after complaining about the number of tourists who visit the hermitage and chapel, Swiss media reported at the time.

Daum’s predecessor, Sister Benedicta, quit in February 2016 after clashing with Solothurn authorities over the nature and role of the hermitage.