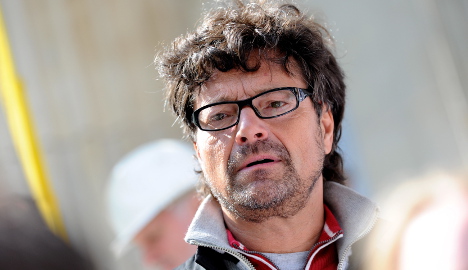 Public prosecutors are considering lifting Dehm’s immunity as a member of the Bundestag (German parliament) and pursuing an investigation into him, Berlin-based Tageszeitung (taz) reported on Sunday.

Dehm told the newspaper that prosecutors are seeking to waive his immunity, though the Bundestag would have to agree on this. He said he would likely be investigated for helping someone to illegally enter the country.

The Left party politician admitted earlier this month that he brought a young African refugee from Italy into Germany to reunite his father, posting pictures of a young man hiding inside the boot of a car.

Taz reported that now there have been criminal complaints made against Dehm in Baden-Württemburg.

Dehm’s lawyer is a member of the conservative Christian Social Union and formerly sat in the Bundestag.

The young man is reportedly a minor from a country with an ongoing civil war, who travelled to Italy over the Mediterranean after his mother died. In Italy he got to know a woman who worked for a refugee aid programme, and who then asked Dehm whether the young refugee could stay in his home in Lake Maggiore.

Dehm then drove him out of Italy, through Switzerland and into Germany where he was reunited with his father.

Under the EU’s so-called Dublin regulations, refugees must apply for asylum in the first EU country where they arrive.