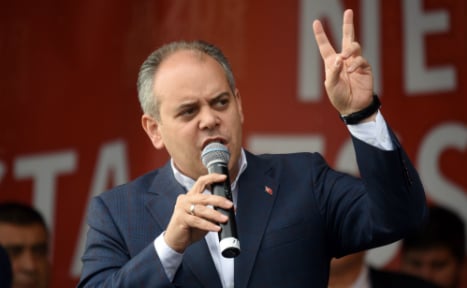 No comment could immediately be obtained from the Turkish authorities after the public broadcaster filed suit in an Ankara civil court.

DW said it interviewed Turkish Minister of Youth and Sports Akif Cagatay Kilic on September 5 for its show “Conflict Zone” on a range of issues “previously communicated to the ministry.”

Topics included Turkey's failed coup in July and the wave of arrests that followed, as well as press freedom and women's rights, it said.

But immediately afterwards, ministry staff confiscated the recording, angering DW, which has since demanded its return.

“These actions have nothing to do with the rule of law and democracy,” said DW's general director for radio and television, Peter Limbourg, in a statement.

“We call on the Turkish side now, though judicial channels, to immediately return our video material.”

The ministry had said in a statement on September 6, quoted by DW, that in the interview “the questions that were asked were not those that had been submitted in advance”.