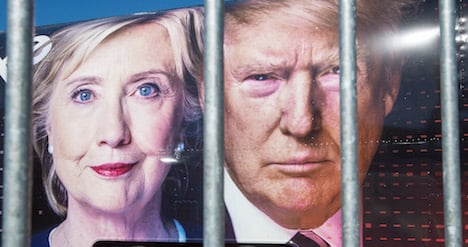 The idea of liberal rage isn’t exactly something that instils fear in your average person. But as a British- American living in Belgium, I am mad as hell about what is going on in both my countries and I’m not going to take it anymore.
After campaigning against Brexit and watching many of my fellow Brits disenfranchised and unable to vote because of arbitrary and unfair rules, I am not going to sit by and watch my fellow 8 million Americans living abroad not use their precious vote on November 8th.
Unlike many Europeans, American citizens have votes for life.  Do you realise how lucky this makes us?  And anyone who has been through the annual trauma of filing an FBAR or US tax return is more than entitled to vote as compensation.
Voting is a privilege. So get over any high-minded expat queasiness you may have about not being ‘entitled to vote’ or not really following what’s going on back in the States, and register. You’ll be pretty annoyed on November 9th when you realise the election was stolen in a daylight raid by a campaign that wouldn’t know a scruple if it slapped them in the face with a bag of Skittles.
Still unconvinced? Then ask yourself this:
Do I think it’s ok that there are people who genuinely think that there was no racism in America before Obama?
And that African-Americans have only themselves to blame for the problems they’ve experienced over the past 40 years?
Do I really want America to go backwards instead of moving forward on immigration, health care, education, the environment?
If you do, then you are beyond hope.
But if you don’t, and you also don’t want a Commander-in-Chief spouting this kind of divisive rubbish both at home and on the world stage, then you need to vote for Hillary Clinton in November.
You may have preferred Bernie Sanders, you may be an independent or Republican, but let’s make one thing crystal clear: abstaining or voting for a third-party candidate is a vote for Trump.
See what I did there? Populists like to make things grotesquely simple. So I’m doing it too. And it’s not just me: Both Bernie Sanders and Elizabeth Warren have already said as much.
Registering to vote and getting your ballot takes 10 minutes and a quick walk to the post office. But hurry up. Most States are about to close the registration process.
And use your vote wisely: there are enough divisive populists in power right now.

Laura Shields is a Spokesperson for Democrats Abroad Belgium. Americans living outside the US can register to vote at www.VotefromAbroad.org