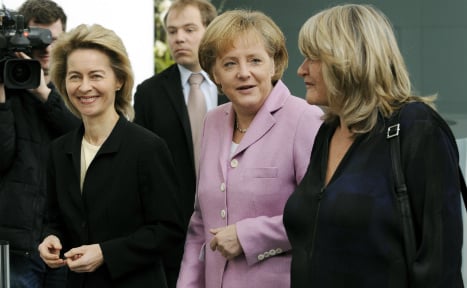 In an open letter published in magazine Edition F, titled “Why I can’t stay silent on the sexism in my party any more”, Jenna Behrends accuses the CDU of “squandering its future.”

The 26-year-old, who on Sunday was elected into the district council in the fashionable Mitte district of Berlin, accused the party hierarchy in Berlin of spreading vicious rumours about her motivated by jealousy and fear.

Behrends, who joined the party in May 2015, claims that in the run up to the election, instead of receiving support from her party, she was persecuted through rumours that she was sleeping her way to the top and that she was career obsessed.

“Young women who are prepared to sleep their way into a voluntary local government position only exist in your dirty fantasy. But the young woman who is constantly confronted with rumours over her alleged affairs, she exists in reality,” the letter reads.

She further alleges that when she complained to her local party chairman about this behaviour, he told her it was “part of the political selection process” and that if she couldn’t handle it she “wasn’t suited for office.”

The letter quickly created waves in the German media and on social media on Friday. And its significance only grew when Spiegel reported that one of the men at the centre of the allegations is Frank Henkel, the leader of the CDU in Berlin.

In the letter, Behrends claims that a Berlin senator met her daughter and called her “a sweet little mouse” before turning to her and saying “and a sweet big mouse.” The same senator later asked a party colleague “Are you fucking her?”

Spiegel claims Henkel was the senator who asked the question.

Confronted by Spiegel about the allegations, Henkel did not respond directly, but said he was “a bit disappointed at the content and style of the letter.”

Behrends finished the letter by saying that she would not discourage young women from joining the party.

“Politics is too important to be left primarily to old men. There are great women in the CDU: Angela Merkel, Ursula von der Leyen, Elisabeth Winkelmeier-Becker, Nadine Schön and many more.

“We can’t let them be the only ones.”