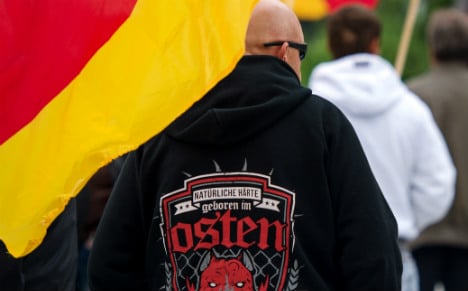 The as yet unidentified young men attacked the elderly man and then threw him to the ground, according to the police report. They then fled the scene and have so far evaded the police’s efforts to track them down.

The victim is a German national of Algerian origin, who has lived in Germany for 40 years.

In Bautzen last week, police broke up a street fight between young asylum seekers and locals affiliated with the far-right scene.

Police reported being attacked with bottles and wooden planks by some of the asylum seekers. When they dispersed this group, people from the far-right scene pursued and attacked them.

An ambulance which was taking a refugee to hospital also came under attack with stones, and the injured young man had to be be transferred to another vehicle.

Former communist East Germany has been the scene of several ugly incidents in which far-right extremists targeted asylum-seekers.

In February, a cheering crowd was seen outside a burning asylum-seeker shelter in Bautzen, clapping and shouting: “Good, that's up in flames.”

President Joachim Gauck, who had on several occasions urged Germans to extend a welcoming hand to refugees, was booed during a visit to Bautzen, a town of 40,000 people which borders the Czech Republic.