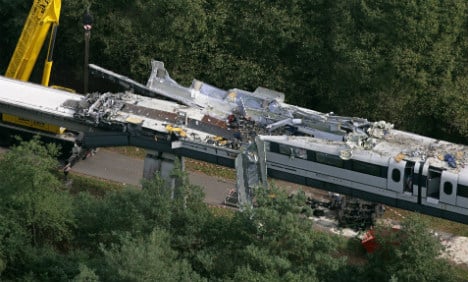 Ten years ago on Thursday, the first test journey of the Transrapid “Maglev” train ended in tragedy, when, travelling at 170 km/h, it collided head-on with a maintenance vehicle which was still on the track.

At around 9 am, the maintenance vehicle had completed a lap of the track to confirm that it was safe for the test. At 9.40 am, on its first journey carrying passengers, the Transrapid 08 set off around the 31 kilometre test track. With the maintenance vehicle still on the railway, there was a direct crash fifteen minutes later, resulting in the death of 23 people.

The Transrapid “maglev” train (standing for magnetic levitation) was a new development in railway technology, meaning that the train hovers above the track. It was considered at the time to be one of the safest forms of public transport.

The test site in Emsland had been a source of great pride for the region, seen to be displaying its economic and social development alongside its technological prowess. This reputation originated in Papenburg, where the Meyer-Werft cruise shipyard remains at the forefront of the shipbuilding industry.

Reinhard Winter, a local politician, stated that “we had hoped that the region would be able to profit on a permanent basis from Transrapid, chiefly through the build-up of attractive jobs and gaining a reputation as the home of future technology”.

Instead, it is now a memorial site to the victims of that fateful day. Local politicians are however reluctant to speak about the event. Regional Mayor Karl-Heinz Weber believes that there should be a memorial for the relatives, but that “the public should not take part.”

Bärbel Wempe, a 56-year-old emergency services worker, who was one of the first on the scene, observed that “the Transrapid has become a symbol of destruction and no longer one of optimistic times.”

Finally closed in December 2011, the 31 kilometre test track has now been abandoned. The IABG, a Bavaria-based industry and technology firm, is now in a court dispute with the municipal government over the demolition costs.

IABG CEO Rudolf Schwarz says that it will cost up to €40 million to dismantle the site, and that the company has already injected at least €8 million into its demolition. Its removal is especially difficult because the raised railway has pillar-supports every 25 meters along the track, which are buried 15 meters into the ground.

Despite the disaster in Emsland, a now operating track was built using the German technology in Shanghai, and Brazil is still debating investing in the technology.

The city of Berlin is also currently considering a proposal to build a maglev line to its new international airport.

Marketing will now be moved to Switzerland, where the company SwissRapide will then bring Transrapid routes not only to its home nation but also to Tenerife, Dubai and Iran.

However, there is competition from a firm in Japan, which set a new “maglev” speed record of 600km/h. Plans are underway to link Tokyo to the industrial city of Nagoya with “maglev” by 2027.

This does not necessarily mean the death of Transrapid technology in Germany. IABG sister firm Intis is now researching using contactless electrical induction on roads, with the aim of introducing electro-induction buses.

Although soon little will remain of the tragic site in Emsland, the vestiges of Transrapid technology may well live on off the track.