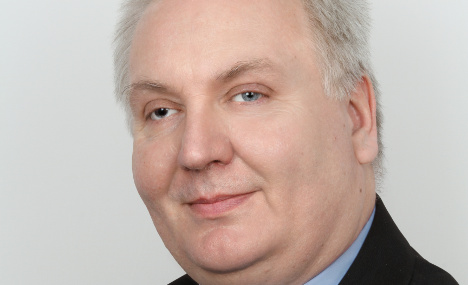 One of the new members of Berlin’s state parliament from the Alternative for Germany (AfD) party used to be a member of the German Defence League – an extremist right-wing, anti-Islam group – the party confirmed on Monday.

Kay Nerstheimer, who was elected to the parliament as a direct candidate for the eastern Lichtenberg district, had been a member of the group as recently as 2012, according to AfD regional chair Georg Pazderski.

Pazderski claimed that  Nerstheimer ended his activities with the group after it came under surveillance in 2013 by Germany’s domestic security agency, the Verfassungsschutz,.

The Berlin party leader also said that the AfD would look into Nerstheimer’s past and would “find a solution”, though national party leader Frauke Petry would not say whether they would consider dismissing him from the party.

But as the Süddeutsche Zeitung (SZ) reported on Tuesday, Nerstheimer’s extremist views did not start nor end with the German Defence League.

The politician wrote a post in July 2013 which seemed to defend SS captain Erich Priebke on his 100th birthday. Priebke had been convicted and sentenced to life imprisonment in Italy in 1998 for his role in the 1944 massacre at the Ardeatine caves in Rome, in which 335 Italian civilians were killed, including 75 Jews.

In another post, Nerstheimer shared a photo of soldiers in Adolf Hitler’s army with the caption: “Each of them is a fine example to the people”.

And as recently as July, Nerstheimer shared a link to a video with the title “It’s all a LIE! The true cause of the war of 1939”.

The video showed a presentation by German author Gerd Schultze-Rhonhof, who disputes Germany's guilt in the Second World War, in one book even blaming Poland.

The day before this he had shared a post that posited an anti-Semitic conspiracy theory that said “the forces that caused the First World War also caused the second one”.

“Now they are on the edge of starting a third one and are always finding idiots that will obey them.”

Nerstheimer referred to the civilian victims of German aggression as “guerrilla fighters” and said such people were not under the protection of the laws of war, SZ reports.

In a post from this past January, Nerstheimer called the wave of asylum seekers coming to Germany an “illegal invasion” and referred to refugees as “the parasites that feed on the juices of the German people”.

He has also called Syrian refugees “simply disgusting vermin” and black people “Bimbos”, which in German is used as an offensive racial epithet.

As the SZ points out, Nazi propaganda often portrayed Jewish people as rodents and vermin.

Nerstheimer is not the first AfD official to be accused of anti-Semitism, or downplaying the Nazis' atrocities. A politician in Baden-Württemberg described the Holocaust as “certain infamous actions” and Holocaust-deniers as dissidents in a book published in 2012.

The resurfacing of the comments this year caused a rift in the party in July when co-leader Jörg Meuthen became angered that the local party's parliamentary group had failed to oust the politician, Wolfgang Gedeon, from their ranks.