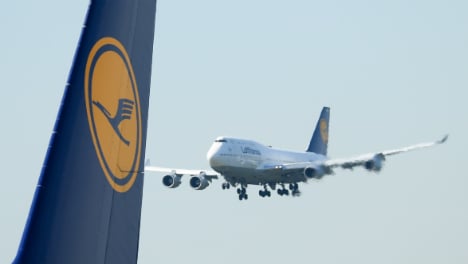 “The Chinese aviation market is one of the most important growth markets worldwide. We want to profit from this growth together,” Lufthansa chief executive Carsten Spohr said in a statement.

The Chinese flag carrier and Lufthansa, Europe's largest airline, have had a joint venture in their sights since signing a memorandum of understanding in 2014.

Added to Lufthansa's other co-operations, including with Japan's ANA and Singapore Airlines in Asia, and United Airlines and Air Canada in north America, the joint venture means around half of the German giant's long-haul flights are now covered by such agreements.

The two groups plan to coordinate their schedules, offer common fares and improve their offers to corporate clients and frequent flyers under the arrangement.

As well as Lufthansa itself, the deal covers subsidiaries Austrian Airlines and Swiss International Airlines.

Passengers travelling into Europe from China will be able to connect through the Lufthansa group's hubs in Frankfurt, Zurich and Vienna, while the two firms promised “additional routes in China” with Air China and via code-sharing for those travelling in the other direction.

Flights under the joint venture scheme are scheduled to begin with the 2017 summer timetable, the statement said.

Lufthansa in July cut profit targets for the year after a spate of terror attacks in Europe and geopolitical uncertainty cut into bookings.

The group now expects to do worse in 2016 than in 2015, with preliminary figures showing sales down two percent between January and June compared with the same period last year.

In 2015, the German carrier suffered a blow to its reputation after a co-pilot deliberately crashed a plane from subsidiary Germanwings with 149 other people on board into the French Alps.

Lufthansa has also weathered a series of strikes by pilots and cabin crew as it seeks to bring down costs in the face of cut-price competition from European rivals including EasyJet and Ryanair.