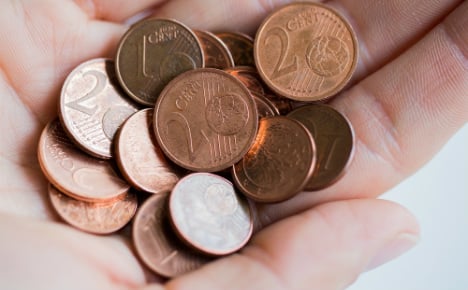 Three drunken men were arrested on Sunday afternoon after a trio of disastrous robbery attempts in Bremen Harbour, on the North Sea coast. Despite being armed with a pistol, the men came away without a single cent.

According to the police report, one of the culprits entered a bar on Rickmersstrasse at around three o’clock in the afternoon, and ordered the staff to hand over alcohol and cigarettes. When his demand was not immediately met, the 40-year-old pulled out and cocked a pistol before reiterating his order. Still unfazed after the drunk man’s threats, the staff escorted the man to the door.

Following this failure, the three men staggered down the road to a tobacco shop, brandishing the weapon again in front of the employee. However, as the worker was unable to understand their drunken request for cigarettes, they left the shop empty handed.

The trio then turned the gun on two unsuspecting passers-by, demanding a grand total of 20 cents. Proving themselves incapable of even the smallest of crimes, the man dropped the gun to the ground. When he dropped it a second time as he tried to pick it up, the flabbergasted couple had time to run to safety.

The three aggressors, aged 38, 40 and 42, were then arrested by the police. The debacle became even more farcical after it became clear that the seized weapon was only a toy gun.

Whereas this comical case may seem like fiction, it follows an even more unbelievable trial from last month, when a crime novelist was sentenced to four and a half years after he failed to rob a real bank. The 49-year-old crime writer attempted to use exactly the same method as the protagonist in his novel, before he was quickly tracked down by police.