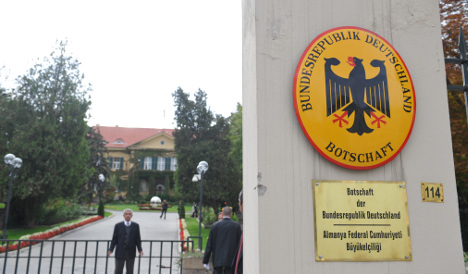 The detentions come after the British embassy in the capital Ankara was closed on Friday because of security concerns, the UK Foreign Office said, and after the German embassy said its missions in Turkey were providing “limited services until Friday”.

Three people in the capital Ankara and one person in Istanbul were detained before the Muslim Eid al-Adha holiday on Monday, but interior ministry officials said there was no evidence linking the suspects to terrorist organisations, Anadolu news agency reported.

The investigation was launched by Turkish authorities after intelligence suggested a possible threat from the terror group Isis group to the missions, the agency said.

The British embassy, closed for consular services this week, had been due to reopen on Friday after the Islamic holiday began on Monday.

In the last 12 months, Turkey has been hit by a series of attacks blamed on Isis extremists and Kurdish militants. Foreign missions have closed down on occasion due to security alerts.

Richard Moore, British ambassador to Turkey, said on Twitter that it was a “precaution” to close the embassy.

He added that British officials were “working closely and cooperatively with Turkish authorities”.

The German embassy in Ankara said as well as offering limited services this week, its missions would “remain closed for any meetings” without giving further details.

Mass-circulation German daily Bild had said that German missions and German schools in Turkey were closed due to fears of an attack.