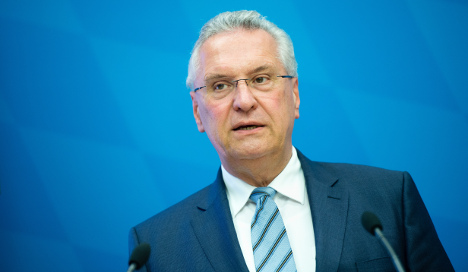 “The glaring gaps in controlling the immense wave of refugees, in particular in the autumn of last year, is exacting revenge,” Bavarian interior minister Joachim Herrmann told newspapers with the Funke Mediengruppe publishing house after Tuesday’s arrests.

He added that thousands of people are arriving in Germany without thoroughly reviewed identification.

“We know in the meantime that Isis has also purposefully used these security flaws so that attackers can be smuggled into Europe posing as refugees.”

German police raided refugee homes in the northern state of Schleswig-Holstein and arrested three young men, aged 17, 18 and 26, with forged Syrian passports. Authorities believe the men were either plotting an attack, or awaiting orders to carry one out. They are also suspected of having links to the terrorists who killed 130 people in Paris last November.

Interior minister for Schleswig-Holstein, Stefan Studt, condemned Herrmann’s statements, saying that a lack of security in the asylum process was not the case for the men who were arrested in his state.

“They registered themselves everywhere they went, and therefore we could reconstruct the travel route of the three men,” the Social Democrat (SPD) told broadcaster NDR Info on Wednesday.

Herrmann also had told journalists that it is extremely important that the Federal Office for Migration and Refugees (BAMF) check over the personal data of all asylum seekers who have already arrived, as quickly and meticulously as possible.

He also said that border controls should be a top priority.

“We need strict border controls and clear identification of who is coming into our country,” said the politician from the Christian Social Union (CSU), the Bavarian sister party of Merkel’s Christian Democratic Union (CDU).

“People whose identities cannot be made certain without any doubt must be held at the border, pending clarification.”