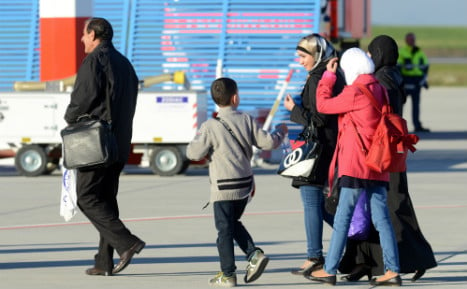 A Die Welt report titled “Refugees go on holiday to where they were persecuted” has been raising eyebrows this week as people question how this could happen.

The report was based on cases being reported by Berlin labour agencies that some recognized refugees, who are also registered as unemployed, travelled back to Syria, Afghanistan or Lebanon, and later returned to Germany.

Die Welt did not have a number for how many people had done this in Berlin, but said that sources familiar with the process assumed refugees were doing this across the country.

The Federal Employment Agency also did not have concrete numbers for how many refugees had gone back and forth, stating only that “there are such cases”.

People receiving Hartz-IV welfare benefits are entitled to 21 days of being absent from their registered location. But there is no rule that a recipient disclose the location of where they are going to authorities, and there is no legal basis to demand this information from them.

But experts also told The Local that this report didn’t provide the full picture.

“This report raises many more questions than it answers.”

Here’s a look at what we learned when we looked into the issue more.

A few cases versus a ‘national phenomenon’

While Die Welt suggested that refugees going on short trips back to their home countries could be a national phenomenon, experts The Local spoke to said this was not the case.

“With certainty, we cannot refer to this as a national phenomenon,” a spokesperson from the Federal Employment Agency told The Local.

Berlin-based Martin Rentsch from the UN Refugee Agency (UNHCR) told The Local that refugees leaving Germany for their homelands and then coming back could not be called “widespread.”

“I don't have concrete numbers, but if you look at the situation in Syria or Iraq, I don’t think that this is a widespread phenomenon,” Rentsch said.

“In contrast to migrants, refugees are fleeing from war and persecution. They left everything behind and can't go back to their home country.”

Kopp from Pro Asyl also said that there were no indications that it was a “major phenomenon”.

Legally, anyone who has refugee status and goes back to their homeland – no matter the reason – risks losing their protected status if they try to come back to Germany.

Under the Geneva refugee convention, anyone who voluntarily has “re-availed himself of the protection of the country of his nationality” will lose refugee status.

And Kopp noted that there is no legal obligation to give refugees travel passes.

The Federal Office for Migration and Refugees (BAMF) told DPA that they were looking into the Die Welt report, but that anyone who had made such a journey home would be checked once they meet border or airport customs officials upon their return to Germany.

Critics have also taken issue with Die Welt referring to refugees travelling back to their home countries as “vacation”.

Kopp claimed that if someone who had already gained refugee status were to leave Germany, it would generally be because of a serious family situation, such as a death or terminal illness.

“Most of the asylum seekers that I know suffer greatly if they don’t get to travel to the funeral of their mother or father in their homeland,” Kopp said. “The talk of ‘vacation’ is completely out of place and simply stokes resentment.”

A Syrian refugee and writer for the German Huffington Post also took issue with Die Welt calling such travels “vacation”.

“We’re not splashing in the sea and then flying back to Germany relaxed with candy or other souvenirs in our luggage,” Aras Bacho wrote.

He explained that as a young man, he has never dared to return to Syria, for fear that he would be imprisoned or forced to join the Syrian military. But some older parents might try to see their children one last time.

“In Syria there is war, not a holiday mood.”

Still, the Die Welt report did reveal a potential lapse in communication between government agencies. If an advisor in the Employment Agency gets wind that someone wants to go to Syria, for example, Die Welt reported they are not supposed to pass this information along due to data protection issues.

A Federal Employment Agency spokesperson explained to The Local that their office does not record absences of benefits recipients, but reports would be made to local job centres.

A BAMF spokeswoman told DPA that “there is not a special communication line between BAMF and the Employment Agency and/or the immigration authorities for this purpose, but it is being looked into.”

Still, BAMF added that those who do return back from trips to their homelands are then reviewed for withdrawal of their refugee status.