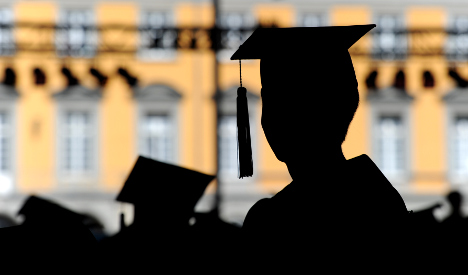 Just 14 percent of kids whose parents do not have university degrees go down the path towards university themselves, according to figures published by the Federal Statistics Agency (Destatis) on Thursday. The study was based on figures from 2015.

“The less educated the parents, the less likely it is that the children will go to Gymnasium,” Destatis wrote, referring to German Gymnasium schools, which prepare students for university.

Across Germany, where states are responsible for governing the school systems, children are generally assessed for what kind of high school they should attend between the ages of ten and 12.

Parents and teachers have a discussion about whether they will go to a school more focused on vocational training – like a Hauptschule or Realschule – or go to a school that prepares them for higher education, like Gymnasium.

Children who have parents with high levels of education are much more likely to attend Gymnasium, at 61 percent. Another 18 percent of such children go to schools that are not solely focused on university preparation, though still have that option. Just 3 percent go on to vocational schools.

The study noted that because some states, like Berlin and Hamburg, have abolished the vocational-focused Hauptschule since 2010, the number of students attending those schools has decreased.

But still the number of students attending a Gymnasium school has not changed by much since 2010, regardless of their parents’ educational levels.