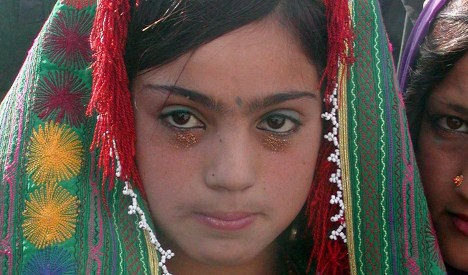 The influx of refugees in 2015 has led to an increase in the number of child marriages, according to the figures. The data collected up to the date of July 31st 2016 shows that 1,475 minors were registered in the government migration office as married, Der Westen (WAZ) reports.

Authorities also believe that there is a higher number of married minors who have not been registered with authorities, according to WAZ.

A large majority (1,152) of the minors who are married in Germany are female.

In June German state justice ministers began to deliberate on whether the legal age for marriage in Germany should be raised to a general age of 18 and whether foreign marriages under this age should be recognized.

Currently, 18 is the minimum age for marriage, but with parental consent and court permission, 16-year-olds are allowed to marry adults.

The justice minister for North-Rhine Westphalia, Thomas Kutschaty, told Bild at the time that “there is no clear legal foundation to prohibit in Germany what we believe to be indecent”.