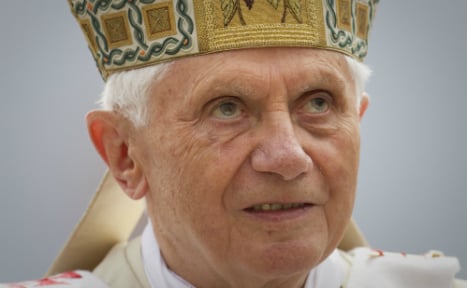 The author also reveals that Benedict, 89, remains a “news junkie”, likes to potter around and enjoys watching the “Don Camillo & Peppone” black-and-white comedy films about an Italian Catholic priest and a communist town mayor.

The anecdotes emerged in interviews German journalist Peter Seewald conducted with the first pope to retire in seven centuries, many of them published in the book “Final Conversations”, to be released in several

Seewald told German news weekly Die Zeit, in an article to appear on Thursday, that the erstwhile Joseph Ratzinger “fell in love… in a very serious way” as a student, although this episode is not included in the book.

“He struggled with it very much,” Seewald said of the man who would go on to be the leader of the world's 1.2 billion Catholics.

“He was really a very smart-looking guy, a handsome young man, an aesthete who wrote poetry and read Hermann Hesse.

“A fellow student told me he had quite an effect on women, and vice versa. The decision to chose celibacy wasn't easy for him.”

Seewald believes “there is a close personal relationship” between the ex-pontiff and his successor, Pope Francis, whose “vigour” he admires.

Benedict has made only a handful of public appearances since he stepped down on February 28, 2013 saying he no longer had the strength of mind or body to carry on.

Asked whether he would celebrate his 90th birthday next year, the retired pope who uses a walking frame and is blind in his left eye, reportedly said “hopefully not”.

“You realise he has lived his life,” said Seewald. “I don't want to say he is tired of life, but that he has simply given all he's got to give.”

Seewald added that Benedict “himself never expected to live very long after his resignation”.

“But Ratzinger has an ability to bounce back. One day you think, this was the last visit. The next time you realise he has gathered new strength.”