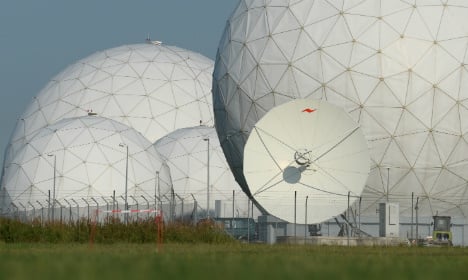 “The BND [Bundesnachrichtendienst] systematically lifted and used personal data without a legal basis to do so,” wrote Federal Data Protection Commissioner Andrea Voßhoff in a report seen by public broadcasters NDR and WDR.

Voßhoff is responsible for ensuring that government agencies do not infringe on German citizens’ legal rights when using their personal data.

In this capacity she carried out a study of how the BND monitor telecommunications data.

In the 60-page report, Voßhoff listed how the BND “systematically and regularly” violates the constitution and used the word “unlawful” 30 times, according to the broadcasters.

In one trial of BND telecommunications monitoring, Voßhoff found that monitoring of one person’s communications resulted in the spy service collecting and saving the data of 15 people who had no connection to a suspected crime.

The commissioner called for large parts of the BND’s data collection base in Bad Aibling, Bavaria, to be shut down.

“According to law these databases must be immediately deleted. They must not be used anymore.”

Voßhoff also complains in the report that the BND illegally blocked her from carrying out her work.

“The BND massively and illegally blocked my ability to oversee it – a comprehensive and efficient oversight on my part was therefore not possible. These are serious breaches of the law.”

She alleged that the secret service particularly blocked her from looking into so-called selectors, which identify information such as phone numbers and email addresses used to conduct targeted surveillance.

Selector lists are particularly controversial as German media have reported that the BND took such lists from the American NSA (National Security Agency) and applied them to their own data banks without first checking the contents of the lists.

Opposition politicians said that the report confirmed what they had long been saying – that the BND acts outside the law.

“The report can not be misunderstood, either in its unusual level of clarity or in the extent of its criticism,” Konstantin von Notz, Green Party MP and head of the parliamentary committee on the NSA, said.

The BND has “acted in an astonishingly illegal way in a highly sensitive constitutional area,” he added.

He also accused the government of trying to “brush the report under carpet” by keeping it confidential.

The Chancellery said in response to an enquiry by NDR that it only discusses intelligence matters with secret hearings of the parliamentary committee on the intelligence services.