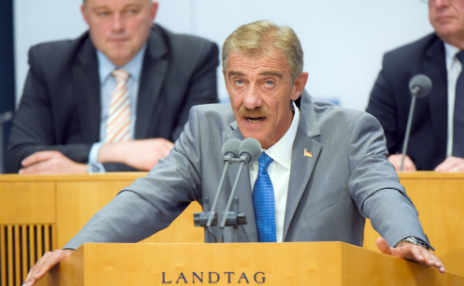 Uwe Junge was walking down the street in state capital Mainz when he was accosted by a group of four young men.

According to a statement the 58-year-old Junge gave to police, one of the men punched him in the face and then kicked him.

The politician suffered bruising under his eye and on his shin in the attack.

Junge claimed the young men also shouted abuse at him and his companion, who remained uninjured.

Police are now investigating the incident.

On Monday AfD leader Jörg Meuthen was lightly injured when a teenager threw a frozen cake at him while he was attending a political event in Lower Saxony. Meuthen said that if the cake had hit him directly, he would have ended up in hospital.

The Alternative for Germany were founded in 2013 as a anti-euro party. Since then they have become more right-wing and have increased in popularity through their staunchly anti-refugee stance.

So far they have received at least ten percent of the vote in five of Germany’s 16 state parliaments.