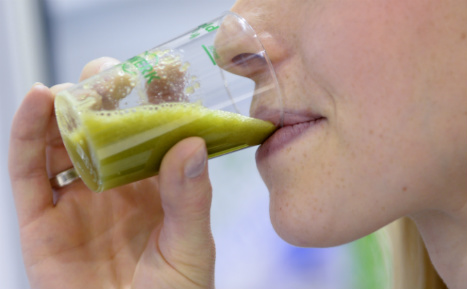 “A purely plant-based diet makes it more difficult to give the body some of the important nutrients it needs,” the government statement from last week reads.

Vitamin B12 is a particularly important nutrient that is almost exclusively present in meat, the statement adds, explaining that the only way vegans can consume it is by taking supplementary pills.

A diet that does not have sufficient levels of vitamin B12 can over the long-term result in neurological damage and has been linked to depression and psychosis. Other symptoms of a vitamin B12 deficiency can be poor muscle function and difficulties with movement.

Other nutrients which the vegan diet may deprive a person of are vitamin D, calcium, iron and zinc.

The government advises pregnant women or those breastfeeding against maintaining a vegan diet. It also says that children and teenagers should not be vegan.

Babies who are breastfed by vegan mothers who do not take supplementary pills quickly develop nutritional deficiencies, the report notes.

The government statement however also says that a vegan diet can have “considerable health benefits” and adds that vegans often lead more healthy lifestyles than meat-eaters, smoking and drinking less on average.

Veganism is a particularly popular lifestyle choice in Berlin where dozens of vegan restaurants – and even vegan butchers – have sprung up in recent years.

The vegan association Vebu estimates that 80,000 vegans live in the capital city, around 10 percent of the countrywide figure of 800,000.

The government is more conservative in its estimation of how many vegans live in Germany, placing the number at between 80,000 and 800,000 nationwide.