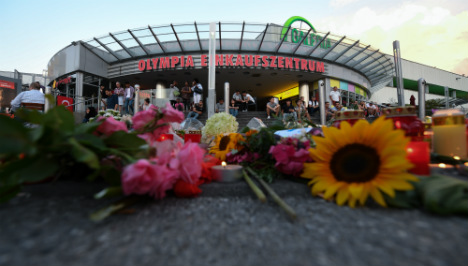 The Süddeustche Zeitung (SZ) has confirmed a report in Bild that special forces arrested the man in Marburg, a town around an hour north of Frankfurt in central Germany.

The detainee is suspected of selling a weapon to David Sonboly who killed nine people and injured 36 in and around the Olympia shopping mall in the north of Munich on July 22nd.

The 18-year-old gunman's body was later found after he apparently turned his weapon on himself.

Investigators announced after the incident that the 18-year-old had used a Glock pistol which he had apparently bought via the darknet, an area of the internet not viewable through normal search engines.

The SZ reports that investigators now believe that the weapons dealer personally delivered the weapon to the teenager.

The teen's gun spree was one of three bloody incidents which hit Bavaria within the space of a week, sending shock waves across Germany and leading to calls for a reappraisal of Germany’s security laws.

The teenager was apparently inspired by previous school shootings in Germany as well as the far-right terrorist Anders Breivik who murdered 77 people in Norway five years to the day before Sonboly's rampage.