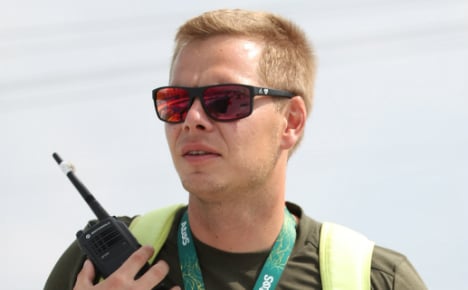 German flags will be flown at half-mast at Olympic sites on Tuesday in honour of Henze, who was travelling from the canoe slalom venue in a taxi when the accident happened in the early hours of Friday.

“We are endlessly sad on this day. Words cannot describe what we as the Olympic team feel after this terrible loss,” said German Olympic committee president Alfons Hoermann.

Henze's family released a statement saying: “We know Stefan's own Olympic thoughts live on in a lot of people.”

Henze needed emergency surgery after Friday's crash and doctors had described his condition as life-threatening.

Christian Kading, a sports scientist who works with the team, was also in the taxi but he was not seriously hurt.

“Today the sport for which our whole team came to Rio de Janiero is at the back of our minds,” said chef de mission Michael Vesper.

“Our thoughts are with Stefan Henze's relatives who had the possibility to say goodbye here.”

The German delegation will also hold a service for Henze in the athletes' village on Tuesday.

An International Olympic Committee statement said: “The IOC mourns the death of a true Olympian.”