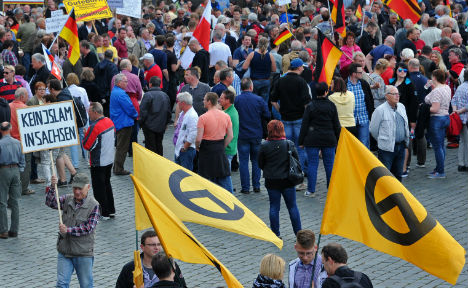 Up until this point, the movement, which originated in France and has been present in Germany since 2012, had been observed by spy agencies at the state level.

“We are seeing in the Identitarian Movement indications of efforts to undercut the democratic order,” said Hans-Georg Maaßen, head of the Federal Office for the Protection of the Constitution – Germany's domestic security agency.

He added that the group seems to have become more radicalized in its anti-asylum efforts in the time since Germany started accepting hundreds of thousands of refugees last summer.

“Immigrants with Muslim backgrounds or people from the Middle East are being slandered by them in the most extreme fashion. Therefore we are also surveilling this movement,” the spy chief stated.

The Identitarian Movement is active against what it describes as “multicultural madness”, “uncontrolled mass migration” and “the loss of our own identity through foreign infiltration”.

Recently there have also been media reports of contact between the Identitarian Movement and the Alternative for Germany (AfD) political party.

But the spy chief said he had no evidence to support this, adding that, even if there was evidence of talks between the AfD and the far-right movement, this would not necessarily be relevant to the intelligence agencies.

“It depends if the party in question – in this case the AfD – has its political orientation changed to an extremist one through certain people. We act when such people start to have an influence on the party.”

He said there was no evidence this was the case with the AfD.