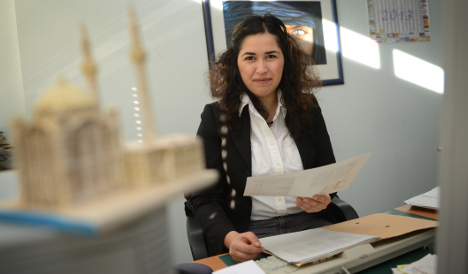 The Federal Anti-Discrimination Agency wrote in an evaluation seen by Die Welt that there must be a reform of the country’s Equal Treatment Act, in particular for people from an immigration background.

One of the solutions could be a similar quota system to the controversial one passed by the German parliament last year for women. The so-called ‘women quota’ asks publicly traded companies with employee representation on the board to include 30 percent female directors.

The women's quota only applies to companies with more than 500 workers.

Another option would be for companies to have better “diversity goals”.

The agency also explained that there are many “holes” in protection policies, citing an agency survey that found every third person reported being discriminated against within the past two years because of their age, sex or another criteria set out in German law.

But only six percent of those who said they had felt discrimination had initiated legal action.

“People affected by racism complain very little,” the agency wrote, explaining that this is not because there is little racism, but rather because “it can be interpreted as a sign of inadequate incentives and resources available.”

The agency therefore called for the strengthening of legal protections against discrimination and said that groups like unions or employee organizations should have more power to file complaints. They also suggest extending the current two-month window where an employee must report a violation to six months.

The agency's report is set to be officially presented on Tuesday.