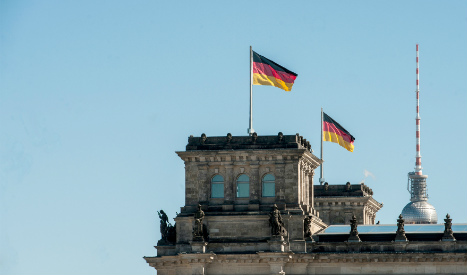 The study by the Cologne Institute for Economic Research looked at how severely the income per head in a country would be hit if it had to survive without its capital. The results showed that across Europe, capital cities were the focal points of their countries’ economies.

The largest drop would be seen in Greece where the population would lose a remarkable 20 percent of its per capita income without it’s ancient capital – due largely to the fact that Athens is home to over a third of Greece’s population.

But other countries with more diffuse populations would also suffer hugely without their governing cities.

The people of the Czech Republic would also feel on average a 14 percent hit to their wealth without Prague, as the stunning architecture and cheap booze have turned the city into a tourism magnet.

The story is the same for Warsaw, Brussels, Vienna and Madrid.

Even dusty old Rome, which lies outside the industrial north of Italy, gives a 2 percent boost to the average wealth of Italians.

But there is one capital that doesn't obey the rule – and perhaps it is fitting that it is the city which always insists on doing things in its own way.

If Berlin were cut adrift from the rest of the Bundesrepublik, the average German would become 0.2 percent wealthier.

The division of the city during the Cold War led to some of the biggest firms, including Siemens, moving their headquarters to more comfortable surroundings. And since the fall of the Wall, the capital has struggled to find an identity.

First it aimed towards becoming a centre for the service sector. A more recent facelift to become the “startup capital of Europe” and a surging tourism sector are bringing new wealth to the German capital – but it still lags behind richer cousins Munich and Hamburg.

Nonetheless, it still has one of the highest rates of unemployment of any of Germany's 16 federal states.

Due to Germany’s system of distributing money from wealthier states to poorer ones (Länderfinanzausgleich), Berlin is still being heavily subsidized by other parts of the country.

In 2015, the capital received €3.61 billion in subsidies, the most of any of the German states. The majority of this money came from wealthy Bavaria, which paid €5.45 billion of the total €9.6 billion which rich states gave to poorer ones, ARD reported in March.

So what about cutting the Hauptstadt adrift?
While there would no doubt be some in Munich who would gladly say Auf Wiederschauen to their Prussian masters, the majority of Germans would likely be harder to convince. A survey carried out in 2015 showed that Berlin is Germans' sixth favourite city, with its cultural attractions having a strong appeal for the people of the provinces.