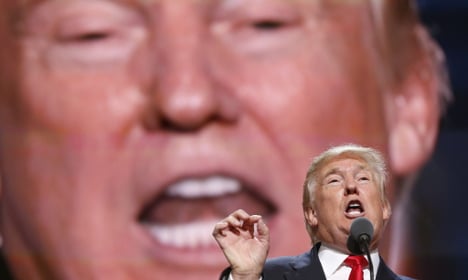 Steinmeier said on Thursday that he was concerned about the worldwide spread of the “behemoth of nationalism”, specifically referring to Donald Trump as well as to supporters of Britain leaving the EU, and Germany's far-right AfD party (Alternative for Germany).

He called their words “an incendiary for the society [which] we can – we must – wipe out in the voting booth”.

However, Steinmeier is far from the first European politician to be concerned by the prospect of a President Trump.

Earlier this week, French President Francois Hollande didn't mince his words, saying Trump “makes you want to retch”, criticizing his recent “hurtful” comments directed at the Muslim parents of a slain US soldier.

Swedish Prime Minister Stefan Löfven said a Trump presidency would change his country's relationship with the US “and not for the better”, adding that the former reality TV star's campaign was based on “fear and division”.

And within his own country, Barack Obama has labelled Trump “unfit” to be president, while various members of Trump's own Republican party have been reluctant to endorse him, some even going so far as to publicly back opponent Hillary Clinton.