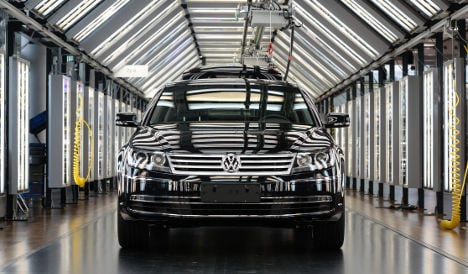 Bavaria is suing German car giant Volkswagen for the impact of the emissions cheating scandal, state officials said on Tuesday.

Bavaria is the first German state to announce such a lawsuit.

Volkswagen has taken a hit in its profits as well as its reputation after it emerged that it was selling cars with engines equipped with illegal defeat devices that could deceive emissions tests.

“Bavaria must sue Volkswagen,” Söder said, adding that the suit would be filed by September.

“We are legally committed to our [state] employees. It's about legal rights, which we are now asserting.”

VW preferential shares have lost more than 40 percent of their value since the scandal and Bavaria's state employee pension fund, worth billions of euros, held around 58,000 such shares.

Söder called for the car manufacturer to make up for the damage done and to pay back a maximum of €700,000.

South Korea also on Tuesday banned the sale of 80 Volkswagen AG models and handed down a $16 million fine in its latest response to the German carmaker's emission-cheating scandal.

The country's environment ministry said it was revoking the certification for 80 models, or a total of around 83,000 vehicles.

In a pre-emptive move last week, Volkswagen had already suspended the sales of cars whose certification had been challenged by the authorities.

The company has faced civil and criminal action in the United States and beyond.