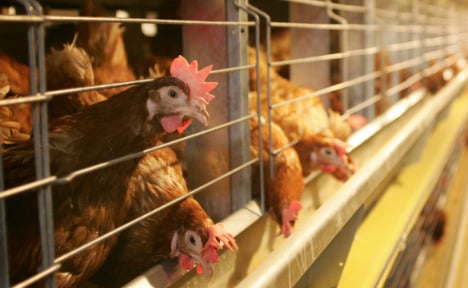 The German grocer, which has 5,000 stores in nine European countries, has committed itself to abolishing caged hens for all its supermarkets across the continent, the company announced on Monday.

After working with animal protection nonprofit The Humane League, the grocer decided to commit to ending the sale of eggs from cage-reared hens in its stores in Belgium, the Netherlands, Luxembourg, France, Poland, Spain, Denmark, and Portugal.

Raising hens in basic cages – so-called battery production – was banned in Europe in 2012, but farms were still allowed to house hens in “enriched” cages, a form of husbandry The Humane league describes as “cruel”.

“Aldi Nord is the first multinational grocer in history to commit to source 100 percent cage-free worldwide. The supermarket’s timeline to eliminate cages from its egg supply chain is an indication that this kind of policy is the future for companies across the globe,” said David Coman-Hidy, executive director for The Humane League.

“We believe that every grocer in the world will make a similar commitment to phase out cages, just as we see happening in the United States.”

Many other supermarkets – including Walmart in the US and Tesco in the UK – have already pledged to stop selling eggs from caged hens on a national level.

Aldi Nord is a separate retailer to Aldi Süd, which has stores in the United Kingdom.