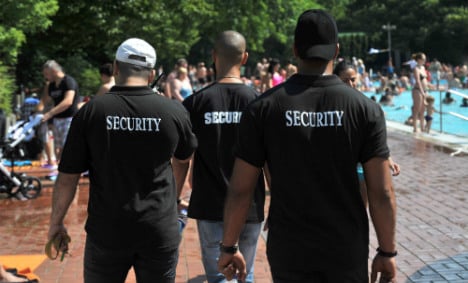 After a string of bloody attacks in southern Germany, including a shooting in a shopping centre which led to the death of nine victims and the gunman, the Federal Association for Private Security (BDSW) conducted a survey among its more than 900 member companies.

The results which Die Welt have seen demonstrate that public events have “massively strengthened their security measures”, the newspaper reports.

Over seven days in Bavaria, a teenager attacked passengers with an axe in a train, and a 27-year-old killed himself and injured 15 others by detonating a bomb outside a pub in Ansbach in apparently Islamist motivated attacks.

In Munich, an 18-year-old killed nine other people in a shopping area with a Glock before turning his weapon on himself, while a young Syrian refugee in Baden-Württemberg murdered a co-worker in a kebab shop with a knife before attacking passersby.

The manager of one security firm in Bavaria told Die Welt that “we’ve had several requests for armed guards this week. Everyone is nervous at the moment. Since the last attacks, demand has boomed.”

The conservative daily reports that even small village fetes and people throwing private parties are looking into private security options for their events.

However, requests for armed guards are almost always rejected, as events need to have special permission from state authorities to provide armed personnel, something which is very rarely granted.

According to the BDSW survey, more companies are also deploying “spotter teams” – security personnel who blend into and observe the crowd – at public events as a reaction against the Ansbach attack, when the bomber is said to have paced up and down in front of a concert in an unusual way.

But it isn’t just the shocking recent attacks which have led to a rise in demand for private security.

Jochen Frank from the BDSW told DPA that the increased necessity to guard refugee homes – which have become a target for far-right violence – since the influx of hundreds of thousands of asylum seekers, and an upward trend in burglaries have also increased the demand.

According to statistics from the Arbeitsamt (Employment Office) 247,000 people were employed in private security at the end of 2015, a 15 percent increase on the previous year.

In some regions of the country, companies are finding it hard to fill positions. In Saxony Anhalt there are around 1,000 private security jobs advertised that have yet to be filled. And as police forces also seek to boost their numbers, firms are struggling to find qualified workers.

Despite falling levels of refugee arrivals over recent months, Frank doesn't believe there will be an impact on the sector.

“It is not likely anyone is going to be made redundant. Companies already don't have enough employees.”