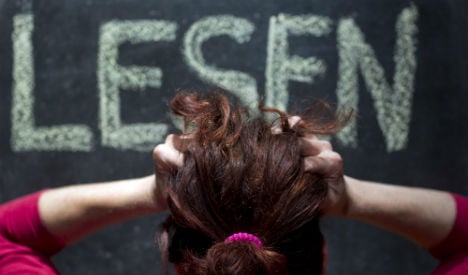 Going to a state high school or an English-speaking international school in Germany is like living in two different worlds. Max Bringmann got to enter both during his high school career. Here’s his advice. When sending your child to a high school in Germany, one of the first issues that may come up is language.

Learning German at a German state school is hard. I have seen both exchange students and students who were in it for the long run struggle to do their homework in a language that they could barely speak.

For instance, writing essays in German is a skill that even I am still trying to master. For your child, it would require the extra-challenge of thinking in German, which will not come easily. That process will feel debilitating and frustrating, at least for a while.

Once you’re over the worst, though, it’s a skill no one can take away from you.

Learning German at an English-speaking International School can be even harder. Many kids that are new to the school environment will resort to speaking their mother tongue because they want to make friends.

Some of those pupils make the break after a few weeks and go out there to learn German. Others never get out of their comfort zone.

Reading, writing, and speaking in English will ultimately help your child excel in their studies. I always felt that I would have done better had I written my final exams in my native language.

In spite of my difficulties, I stuck it out because I thought that high English proficiency would be important in the academic and working world.

That in itself may be reason enough to sign your kid up for an international school. We all know how Germans are – we can be a bit stiff, we don’t smile too much, and we have a hard-to-detect sense of humour.

Thus going to a German state school may at first be a confusing experience for your child.

I have seen students from abroad standing with a half-dazzled-half-forced smile on their face among a group of snickering Germans.

Though I only spent my last two years at an international school, there were always stories whirring around of long-lost friends who had gone off to Cairo or Montreal.

For some kids, this might mean a more exciting summer vacation than paddling in your friend’s kiddie pool in a backyard two blocks from your home.

Others, though, want to build strong, long-lasting bonds without disruptions, and a German state school is much better for that. There may also be less heartbreak from a first love that only moves to another city district instead of another continent. Which brings us to the most important aspect of “German state schools vs. international schools”: no matter which of the two you’ll choose, it will profoundly shape your kid’s view on life.

Going to school in a country different from your child’s place of birth, he or she will inevitably come out with a broader mind.

However, each of the two will influence your child's thinking in a different way.

Despite a few bullying problems, I mostly felt comfortable at the two German state schools that I went to. A lot of the families there were middle-class and the parents’ professions ranged from doctors and lawyers to teachers and salespeople.

Going to a German state school in that type of environment will ultimately bring your child closer to the “German way of life.” That doesn’t mean eating 'Bratwurst und Kartoffeln' for lunch every day, but rather getting to know how Germans tick.

It will show your child that playing football isn't the only thing we like doing. We become active in political parties from a young age, get way into the sciences and engage in all kinds of hobbies, from a cappella singing to rock-climbing.

Your child will see how we negotiate relationships, talk about the refugee crisis, what we think about German history and where we park our bath towels on vacation.

An international school can't offer this in-depth experience. And your child will always be thankful for being able to assume their second German identity.

I personally switched to an international school because I wanted to have people to share my experience abroad with after I had spent 10 months studying in the U.S.

Going to this new school completely changed my outlook on life.

Suddenly, parents were talking about their jobs as painters, ambassadors, or journalists. I made friends with people who had spent six years of their lives in Yew York, another six in Beijing and the rest in Berlin.

There was an overall experimental, liberal, and boundary-pushing atmosphere. Teachers, students and parents seemed more open to conversation and a lot less judgemental than at my former schools.

Going to that school felt like permission to dream bigger. Before, I had never even talked to anyone about going to university abroad. Much less would I have allowed myself to think about applying to places like Oxford or Cambridge.

In our final year, though, many of the soon-to-be-graduates were applying to exactly those universities.

But big dreams also went hand-in-hand with big pressure. Added to that students lost their grounding, only talking about the world ranking of the university they had applied to.

German state high schools tend to lack some of the intensity of that liberal, ambitious and creative spirit which can immensely push your child's development.

Having said all this, the decision to go either international or German state high school is now on you.