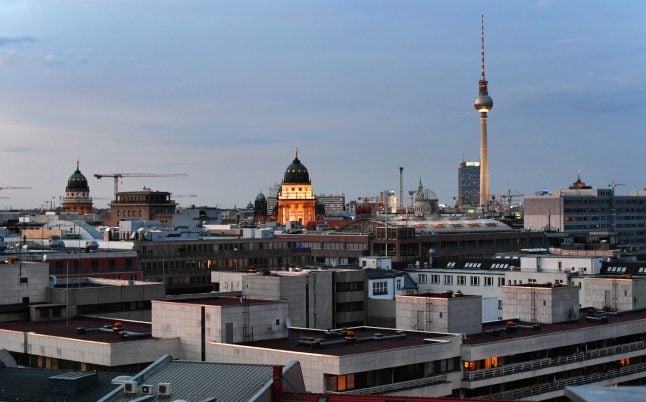 After 15-plus years in business, predominantly with industry leaders in the UK and Sweden, I recently ventured into the world of Berlin startups – the land of flat hierarchies, table football, internships and copycat business models.

I expected a vibrant, exciting startup scene that mirrored the incredible city I chose to move to from Stockholm. Were the rumours true? Is Berlin Europe’s startup capital?

A veteran German businessman told me in my first week that “some companies here aren’t even real companies” – I wasn’t even sure what that meant!

But I quickly learned that the thriving “Silicon Allee” scene was a bit of a myth – with many start-ups eyeing a quick profitable exit and not looking to conquer the online world at all.

For some time I have tried to pinpoint why the majority of Berlin startups fail to become international successes.

People tout Soundcloud as a Berlin success story, but the Swedish-founded company relocated from Stockholm to Berlin for cost reasons and still has the same Swedish founders to this day.

The truth is, there really isn’t a truly successful international Berlin startup. Just look at the global startup rankings where there is only one German company in the top 100 – and that’s an ad-blocking software (ranked 97) – hardly an exciting venture that captures the zeitgeist.

So why are Berlin startups not succeeding globally?

1. Living in the past Perhaps I have been spoiled by my Stockholm startup education, working with talented colleagues who are now leaders at Spotify, Google, King, Lifesum, Truecaller and Tictail – but there is certainly an old-school mentality within Berlin companies that is failing their employees and their products.

The world is ever-changing and at times I think Germany rests on the laurels of their global automotive and conglomerate successes of yesteryear. The digital world has passed them by.

2. Executives are choosing imitation over innovation

As soon as I stepped into a Berlin office I noticed that key decision makers were choosing imitation over risk, originality and innovation. The majority of Berlin start-ups are budget versions of successful international brands, closely copying their business models and ideas. This is no secret and has been said before and will be said again.

3. Most companies are male dominated

While the gender pay-gap in Sweden is becoming more and more balanced, Berlin is sadly in the dark ages when it comes to equal pay. Today, there is still a significant pay gap between male and female workers and most management teams are male dominated Wurst-Fests, meaning they are losing out on ideas and creativity from half of possible candidates.

It’s well known that well-paid jobs are rare in Berlin. The average salaries are far below most other major European cities and, up until recent legal changes, many Berlin startups heavily relied on a workforce partly comprised of internships, at a price of €400 per intern, per month.

The hard truth is, the cheaper and less experienced you are, the more likely you will find work in Berlin, and this means that many startups lack that crucial experience factor. Even many of the chief executives, employed by start-up investors, are taking their first jobs after completing their postgraduate trainee-consultancies.

This, to me, is the primary reason why Berlin start-ups are not growing to the extent of their international counterparts and here’s why: no middle management = no communication.

Flat organisations often have a small executive team and then everyone else below them, meaning a lack of middle/senior management. In this loose wild-west free for all, it’s not always clear who is in charge of what and thus communication is almost always lost. In a strict and transparent organisation with defined roles and seniority, the communication flow is far more effective.

With flat structures and the missing middle management roles, executives sometimes delegate responsibilities to people lower down the company who are not yet experienced enough to take on the challenges at hand, bypassing senior staff who know exactly how to get the job done.

This can create a bottleneck scenario, caused by frustrated middle management-level employees who have the experience and try to be involved with everything, but don’t have the power.

7. Too many cooks, too many delays

Without a defined structure and a responsible authority, several people can be involved in lengthy brainstorming sessions to come up with the same answer that one or two people (with authority) can come up with in a minute.

A company where “everyone has a say” seems attractive on paper and can truly be beneficial on occasion, but it just as easily adds clutter and extra noise to the project process, which in turn results in delayed projects and a sub-par product with a distinct lack of focus. We have established that Berlin startups generally have an executive team of 3 people (or perhaps just a CEO in smaller companies) and then there’s everyone else.

So without senior-level support, the executive team are far too busy to give defined project instructions and this creates a culture where delegated employees do what they think the boss wants instead of doing what they think is best, which usually results in thinking safe rather than thinking forward. And if it’s not what the boss wants… well then you’re back to square one.

Berlin is a creative cultural hub with incredibly talented and skilled people from all around the globe (and inside Germany). These are all hungry, passionate and smart thinkers who want to be part of the next big thing – but the local corporate ecosystem and an expired way of thinking simply doesn’t support their efforts and dreams.