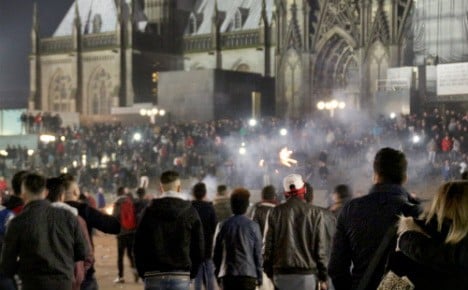 Hers was one of the most shocking stories; the 18-year-old said she had been assaulted in front of the main train station. According to her statement, a police officer had pulled the attacker from her, but she had discovered she was pregnant after spending some time in hospital and, uncertain if the baby had been conceived on that night, eventually got an abortion.

However, local newspaper Kölnische Rundschau now reports that her claim was completely invented.

At the end of last week, investigators visited the young woman at her home in northern Germany, the newspaper says, citing sources close to the investigation. During questioning, the 18-year-old admitted that she had not even been in Cologne on New Year's Eve.

The woman has reportedly made previous false allegations of crimes including sexual assualt.

She had not made an official complaint but instead turned immediately to the Cologne Lobby for Young Women, which has worked with victims of the New Year's Eve sexual assaults, and received help from the lobby for several months.

In mid-July, Frauke Mahr, the director of the lobby testified before the Committee of Inquiry into the events of New Year's Eve in Cologne, telling the 18-year-old's story as well as that of another girl who had been raped but had not gone to police.

The 18-year-old had said a group of men then surrounded her and “pushed her back and forth like a ball”. Eventually she landed on the ground and one man forced himself upon her.

Up until her testimony, eight other women had reported being forcibly penetrated by men with their fingers, which is classified as rape under German law. But this was the first case known of which full sexual intercourse was forced upon a woman.

The Cologne public prosecutors launched an investigation, but it was made difficult by the fact that no testimony from the police officer who reportedly separated the woman from her rapist could be found.

A total of around 650 women reported being assaulted in Cologne on New Year's Eve, with assaults also taking place in other cities across the country.

It is not clear whether the woman will now face charges of inventing an offence.