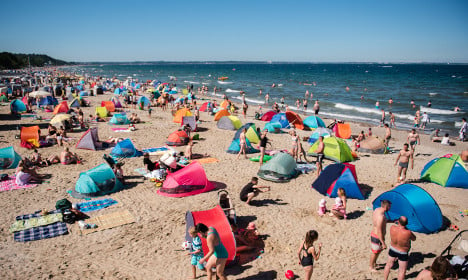 This beach just got named Europe's cheapest. Do you know where it is? Photo: DPA

When it comes to bargain beach breaks, an unlikely candidate tops the polls.

While most people think of the Mediterranean when they imagine European beaches, the fame of the Spanish, Italian and Greek coasts can mean eye-watering prices. If you're after good value, apparently Germany is the place to be.

That's according to the Beach Price Index, created by online travel agency Travelbird, which ranked the world's most popular beaches from least to most expensive in order to help savvy travellers pick their next getaway.

To compile the index, TravelBird looked at the price of an average day out at each of the 250 most highly rated beaches according to TripAdvisor. It compared the average price of a bottle of water, a beer, a scoop of ice cream, sun cream, and a lunchtime meal at each resort

According to the study, a day out at the world's most expensive beach, the Plage du Maui in French Polynesia, will set you back a huge €53.24. Within Europe, Italy's beaches were pricier than most, with three of its beaches among the 20 most expensive.

So, which beach emerged as Europe's cheapest?

The 7km beach is the highlight of the resort, which also boasts spas, shops, a golf course and a nudist beach – something for everyone.

But it was far from the only German beach on the list; the 11 others in the top 250 all made it into the cheapest 20 percent, outperforming the rest of Europe by miles.

Worldwide, the cheapest beaches were to be found in India (the cheapest being Varkala Beach in Kerala) or Vietnam (Cua Dai Beach in Hoi An) – beaches from these countries took the eleven lowest spots.