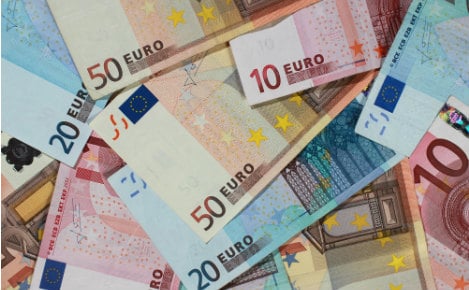 Heading up Glassdoor's list is consultancy firm Roland Berger, in joint first place with industrial group Siemens. The median income of employees from both of these companies is a massive €80,720 per annum.

The term “income” takes into account a) the basic salary, b) any bonuses and c) any other personal remunerations, over the course of one year.

So which companies offer the highest salaries? Here’s Glassdoor's list of each company and the median income that their employees receive.

The results indicated that companies with a long-standing tradition in Germany tend to shell out more for salaries.

Each business in the top 10 list has its head office in Germany.

So if you want to strike it rich, German-based companies are the place to work.

“An important factor for higher salaries is the development of technology combined with skills which are in high demand,” Dr. Andrew Chamberlain, Chief Economist at Glassdoor, told the Berliner Zeitung. “Economists often mention the “Superstar-Effect” with regards to this link,” he added.

Chamberlain went on to state, “Competent workers are important for the continued success of a company.”
For businesses which are looking to develop their global profile, it is important that employees are highly qualified. “But in this case, the demand is obviously larger than the supply”, Chamberlain said.

Therefore, two things are essential if the demand is to be satisfied, according to Chamberlain. Firstly, highly qualified workers must be remunerated accordingly. Secondly, potential applicants must be offered a reasonable salary in the recruitment process.

Chamberlain maintains that in the banking sector in particular, stress levels are often “particularly high”.

“Long working hours coupled with stress and high risks lead to employees receiving higher salaries,” he went on to state.

Need for greater transparency about salaries

Most people are completely in the dark about how much their colleagues earn – it’s still a taboo topic of conversation.

Only 4 out of 10 German employees know how much their co-workers are paid, of whom only 50% found the information out from the co-workers themselves, a study undertaken by Glassdoor has shown.

Due to this lack of openness, 6 out of 10 German employees think that companies should be required to be more transparent about salaries.

Despite this, 72% of Germans are reluctant to talk about their own salary to other people.

However, 45% would be willing to share information about their earnings, if it was completely anonymous.

Glassdoor’s results are based on salary information for the period between July 1st 2014 and June 30th 2016.

Companies that were included were those who published information about 20 of their German employees’ salaries in this time period.

When calculating the total salary of an employee, the firms had to take into account the employee's basic salary as well as other forms of remuneration.

The data provided is the median yearly salary of employees from each company.